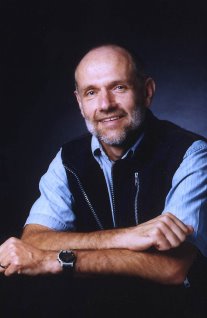 Neville Robertson wades in with a comment to the Timaru Herald in response to concerns from letter writers about violence by women:
(Refer Timaru Herald, 23 Nov 2005, "Studies show violence is mostly male")

" Mr Robertson said it ignored the context of violence and that women were more likely to use violence in self defence.

" Mr Robertson said many men in stopping violence programmes would often report being hit by their partners.

" "Mostly, they are probably telling the truth, at least part of it. But a useful question is -- are you afraid of her? In my experience the question is met with incredulity. `No, she is just a midget, a pesky fly. I can deal to her anytime I like'."

" Mr Robertson said it was the fear engendered by men's violence, or simply the threat of violence, that gave abusive men power and control over their partner.

Neville Robertson is commenting from the only information that he has about violence experienced by men - from the comments made by some men who have been told (by the Courts) to attend an "Abuse Intervention Project" counselling that Robertson is involved with.

Anecdotal comments from men who are likely to be violent themselves is a completely unrepresentative sample of men for Robertson to be drawing any conclusions about the incidence or effects of abuse and violence against men.

Such a basic fundamental flaw in research methodology is staggering for even an undergraduate student, and intolerable for a practicing academic.